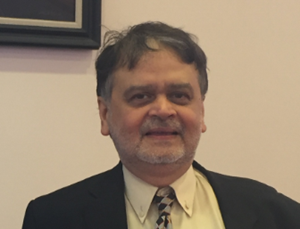 A renowned company law expert has given a talk to members of Faculty to help them keep abreast of developments in the law on the disqualification of directors. 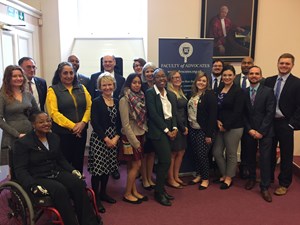 A group of students from the United States has enjoyed a visit to the Faculty to help them learn about the Scottish justice system.

Defence counsel are used to helping disadvantaged people who find themselves in the dock, and now they have extended their support beyond the courtroom.

The Dean of Faculty, Gordon Jackson, QC, paid tribute to Lord McCluskey, the former Solicitor-General for Scotland and Supreme Courts judge who has died, aged 88. 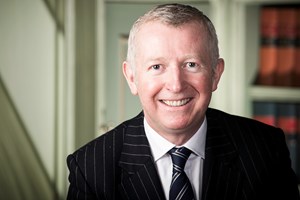 Senior counsel Calum MacNeill, QC, has been accepted as a Fellow of the Chartered Institute of Arbitrators, the international centre of excellence which has more than 15,000 members across 133 countries. Tradition was given a modern twist as five new members were welcomed to the Faculty. An advocate who worked pro bono to help a mother win £23,000 compensation has been hailed “an absolute legend” by the delighted client. Six new reporters have been appointed by the Scottish Council of Law Reporting, publishers of Session Cases, the most authoritative Scottish law reports.

Some of Scotland's leading legal figures have joined together to support the launch of a new body which aims to 'open doors' for the country's young ethnic minority lawyers.