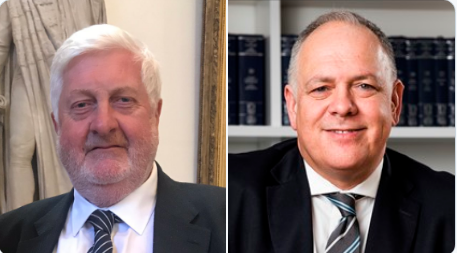 THE crucial role of an independent judiciary and legal profession has been stressed by the Dean of Faculty, Gordon Jackson, QC, in a joint statement with the President of the Law Society of Scotland, John Mulholland.

In relation to the court actions over the prorogation of Parliament, the Dean and the President said:

"A strong, independent judiciary and legal profession are vital to ensuring that anyone, regardless of their status, has access to justice and that the rule of law is upheld.

"Members of the judiciary are expected to be strictly impartial when considering how the law should be applied in any particular case and it is the court’s role to provide a politically neutral way of determining a course of action.

“The importance of having an independent judiciary and legal profession is recognised around the globe and is a principle incorporated into numerous domestic and international treaties and enshrined in many national constitutions. In some countries, the judiciary can be the only barrier to authoritarian government and indeed, in Scotland and in the UK, there is a statutory obligation on government to uphold the independence of the judiciary.

"Access to justice is an important feature of our system and anyone can bring a matter to court if they believe their rights or obligations are being affected – and even government is not immune to challenge.

"The Supreme Court was asked in two two separate appeals to determine whether, as a matter of the constitutional law of the United Kingdom, the prorogation of Parliament for five weeks by the Government was legal. The first of these was led by businesswoman and campaigner Gina Miller to appeal the English High Court's decision to throw out the challenge to prorogation, while the second was an appeal by the Government themselves against Scotland’s Court of Session that found the prorogation was unlawful.

"What we as citizens can be sure of, whether we voted to leave or remain within the EU, is that no matter where the political debate takes us, the Court of Session, High Court and Supreme Court judgements have demonstrated that the judiciary and legal profession act independently and consider cases before them in light of their legal competence, regardless of political or public opinion."