Faculty member to speak at UNHCR event on asylum, housing and COVID-19 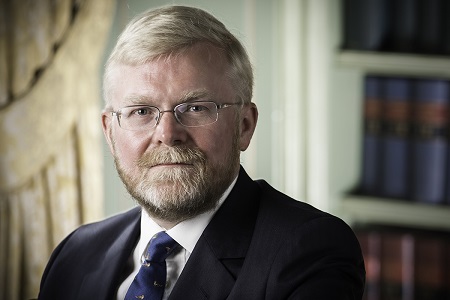 MEMBER of Faculty Scott Blair has been invited to speak to a global audience at the Strategic Litigation Roundtable organised by the United Nations High Commissioner for Refugees.

The focus for the event will be on how legal systems around the world have responded to the challenges brought about by COVID-19 for the asylum system. A particular emphasis will be on how those claiming asylum are housed and on the vulnerability of those whose claims for asylum have been rejected but who may still be in need of protection given the pandemic.

The event will take place on Monday 13 July and will be co-ordinated remotely for speakers and audience members from the UNHCR headquarters in Geneva.

Scott Blair of Terra Firma Chambers, alongside solicitor Jennifer Ang of JustRightsScotland, will present a session on how Scots law has responded to the crisis Both Scott and Jennifer have been heavily involved over the last year in litigation on the housing needs of asylum seekers and the last few months has seen them, in conjunction with a broad coalition of housing and asylum lawyers as well as organisations such as the British Red Cross and Scottish Refugee Council, engaged in what many regard as a housing crisis in Glasgow.

“ I was humbled to be asked by the UNHCR to speak on such important topics at this timely roundtable. Sadly, recent events in Glasgow were a tragic reminder of the challenges faced by this community when accessing housing and the basic items needed to survive, which have only exacerbated by the current pandemic.

“Jennifer and myself, as part of a wider group of concerned lawyers, have been focussing on the use of the Human Rights Act and equality legislation in Scotland as a way of bringing a degree of relief for some of these people, and I look forward to shining a light on our work and the response in Scotland.

“Historically, Scots lawyers have been very much open to absorbing ideas from other legal systems, and in that tradition, I also look forward to learning from lawyers around the world on how their systems have responded.”