Moot success for devils, but friendship the real winner 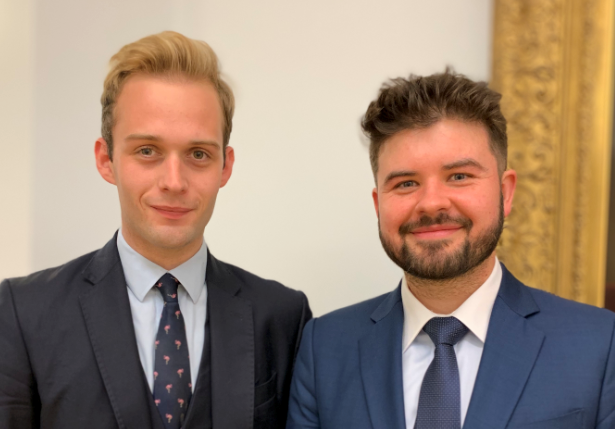 A NEW Moot has helped cement closer ties between the Faculty and the Bar of Northern Ireland.

The event featured devils and trainee barristers appearing before a “First Division” bench in an appeal in a fictional judicial review of the lawfulness of a facial recognition pilot scheme by the police.

Neil Mackenzie, the Faculty’s Director of Training and Education, said:  “Last year, I had a conversation with the Interim Director of the Institute of Professional Legal Studies, Queen’s University in Belfast about forging closer links between our jurisdictions.  Their trainees and our devils would hold a Moot.”

The Moot was held in the Court of Session, where Mark Lindsay, QC, took the role of the presiding judge, sitting with Michael Upton and Donald Davidson. In a close contest, they decided devils Shane Dundas and Michael Way were the winners.

“All the participants had worked hard, argued effectively, and (perhaps most importantly) found much common ground and friendship afterwards. It was a great start,” he said.

Thoughts turn now to making the Moot an annual event, and a return fixture in Belfast next year.