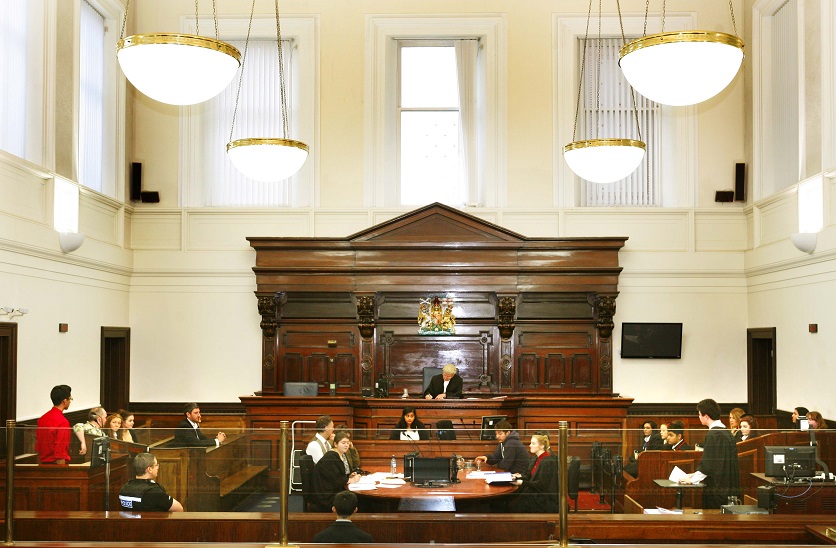 Mock trials for schools are held in real courtrooms

HUNDREDS of senior school students from throughout the UK will descend on Edinburgh this weekend, seeking to be crowned Bar Mock Trial Competition national champions.

Teams will act out criminal trials in real courtrooms and before real legal professionals, including judges led by Lord Leveson. Students take the parts of prosecuting and defence lawyers, as well as witnesses, clerk, macer (usher) and jurors.

The competition is run by the Young Citizens charity as a way of gaining insight into the justice system, and is open to students aged 15 to 18 from non-fee paying schools. It is supported by the Faculty of Advocates, the Bar Council of England and Wales, the Bar Library of Northern Ireland, Scottish Courts and Tribunals Service, HM Courts and Tribunals Service, the Circuits and the Inns of Court.

This is the fourth time in its 28 years that Scotland has hosted the final.

Gordon Jackson, QC, Dean of the Faculty of Advocates, said: “The Bar Mock Trial Competition allows school students to demystify the courts and the law, as well as learn about advocacy and the art of persuasion. The standard of advocacy on display is always extremely high, and it is wonderful to see the hard work and enthusiasm which the students unfailingly bring to the event.

“Hosting the national final in Edinburgh is a wonderful opportunity to see the healthy future of the legal profession across the UK. The Faculty is delighted to be involved in facilitating this event which is enjoyed by so many students year after year.”