Another successful year for Tumbling Lassie 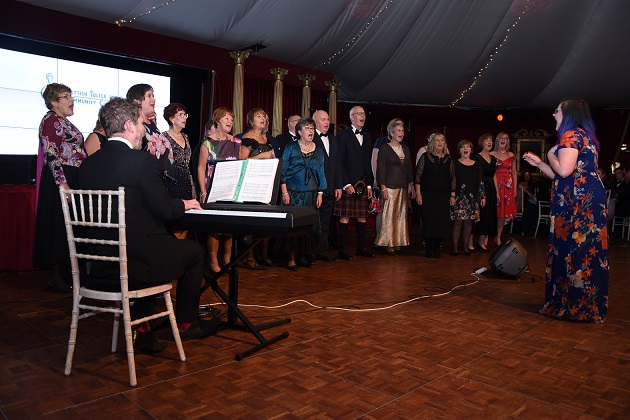 Scottish Police and Community Choir was a hit at the Ball...Photo: Claire Mitchell, QC

THE total raised for the Tumbling Lassie appeal this year has risen to £24,000, after the last of the season’s events, the Charity Ball.

Alan McLean QC, chair of the Tumbling Lassie Committee, said: “We are absolutely delighted with this outcome for the year’s appeal. The generosity that people show, not only in giving to the appeal but also in helping us in so many ways to put on our events, is a constant revelation to us.

“The story of the Tumbling Lassie may be over 330 years old, but it obviously still resonates with people today. The funds raised will go to our two charities, International Justice Mission and Survivors of Human Trafficking in Scotland, and will make a real difference in the on-going fight to make slavery history, not only in Scotland but everywhere.”

For more details or to make a donation, go www.tumblinglassie.com