Libraries, like democracies, will outlast Putin and the violence he has unleashed 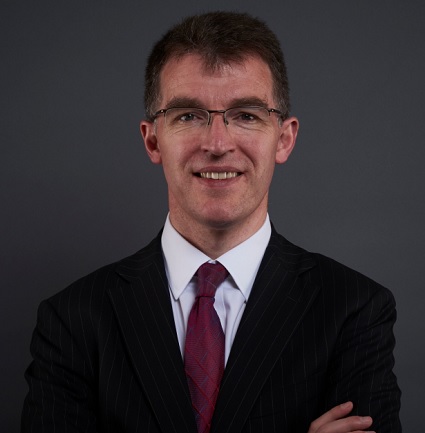 THE barbarity of the invasion of Ukraine is not confined to the loss of life and limb, nor to the displacement of millions of citizens. Cultural objects, including large libraries and archives, are especially vulnerable.

The Hague Convention for the Protection of Cultural Property in the Event of Armed Conflict ostensibly protects these artefacts. But Putin’s invasion has shown total disregard for convention and basic humanity; cultural objects have not been spared destruction. We are all poorer for the loss of libraries and archives in this war. It is salutary to reflect on how fortunate we are to live in peace and, bearing that in mind, cherish our cultural treasures.

Since 15th March 1689, the Advocates Library (of which I have the privilege to be Keeper) has been the national law library of Scotland. For 333 years, the Faculty and its library have been at the heart of the administration of justice in Scotland.

Tucked in between the National Library of Scotland and Parliament House, the library’s beautiful buildings house a unique collection of books, manuscripts, papers, paintings, and other objects, amassed by generations of advocates.

But our present security was not always so. The library was founded in tumultuous times. William III and Mary II had just been proclaimed the co-rulers of England, Scotland, and Ireland. The first Jacobite rising was weeks away. War was raging in Europe. The Williamite war was about to start in Ireland.

Yet turmoil and violence did not dim the forward-thinking ambitions of the library’s founders. In his inaugural speech, Sir George Mackenzie spoke of the library bringing “all that the great galaxy of the learned has made common property for the common good”.

The Library was also a sanctuary for peaceful debate. Mackenzie saw it as a place where “brilliant wits will be exercised in harmless encounters”, and where a reader “will kindle his genius by inspiration from his fellows”.

Mackenzie’s galaxy has expanded into a universe: the Library is tended to by a dedicated team who skilfully care for the printed and electronic resources at our disposal. Armed with knowledge from the Library, Advocates advise and represent those instructing them without fear or favour, even if the truth is inconvenient to the powerful and to vested interests.

In describing this vibrant culture, Mackenzie anticipated John Stuart Mill. In On Liberty, Mill states that diversity and dissent are not only checks on fallibility but the only means of testing the ultimate truth of an opinion. “The only way in which a human being can make some approach to knowing the whole of a subject,” argued Mill, “is by hearing what can be said about it by persons of every variety of opinion, and studying all modes in which it can be looked at by every character of mind.” Knowledge and debate, not violence, will test the right of a claim. That’s what the legal system of Scotland and other democracies stand for. That’s what a library stands for.

Mackenzie’s vision of harmless encounters seems a far cry from violence in Ukraine. Yet, such a contrast shows the vision of knowledge and debate is as vital as it has ever been, not less. In this sense, a library, like a functioning legal system, offers an opportunity to hear all sides and settle disputes and debates with reason and evidence, not with violence. Libraries and their culture of civilised debate are essential to a properly functioning liberal democracy. They are the antithesis of disinformation, propaganda, and censorship.

These thoughts brought to mind Mikhail Bulgakov’s The Master and the Margarita. Bulgakov was born in Kyiv in 1891. His works, which were satires, were banned by the Soviet regime. He wrote The Master and the Margarita in secret, destroyed the manuscript, and then rewrote it again from memory and again in secret. His masterpiece was published posthumously. In the book, the Master is a novelist whose work about Pontius Pilate is rejected by the Soviet regime, ruining his career. In a famous passage, he meets Woland, who is Satan in disguise. Woland asks to see his manuscript. When the novelist replies that he burned it, Woland responds: “I’m sorry but I don’t believe you. You can’t have done. Manuscripts don’t burn.”

Distressing as the cultural destruction in Ukraine is, libraries, like democracies, will outlast Putin and the violence he has unleashed.

This article first appeared in The Scotsman here.